Community participation was vital to the success of this project as two landmark schools involved in the project would alter the small community landscape with deep ties to each. The scale of this Texas-CHPS designed project was large and complex which required it to be executed in three phases:

Phase One: Required modifying and maintaining the existing freestanding central plant and all site utilities to three existing buildings to be incorporated into the new campus design.

Phase Two: Responding to a community need, the District applied for a sizeable subsidized grant as a means to establish their Head Start Program in support of the District’s low-income/poverty level demographics. The District was awarded the grant funding and immediately engaged IBI Group to perform a feasibility study with the intention of adding a Head Start Program and Community Teen Health Clinic facility to the E-Wing. This addition would be the first to the 1980’s facility with the potential to transform the campus into a community service center.

Phase Three: Involved updating and transforming the late-1900’s auditorium-music-kitchen and cafeteria building and the two late-1900’s gymnasium buildings into contemporary versions with new finishes and exterior facelifts. The majority of work during Phase Three was tying the new next generation learning classrooms with these older buildings as the anchors of the new design.

The new two-story next generation classroom addition was purposefully placed between the two existing building anchors with communicating corridors between the auditorium-music-kitchen and cafeteria building and the two gymnasium building anchors. Every corridor in the new addition has a view to the exterior and 100% of the classrooms have either direct perimeter wall daylight or daylight from the corridor. The anchors were revitalized with fresh contemporary, low maintenance and durable finishes and colors including a new serving line facelift. They were also given new facades to respond to the community vernacular and constructed with regional and sustainable materials.

IBI Group’s initial scope of work included developing a spatial program for the school, creating a design concept and a set of as-built drawings to document existing conditions. 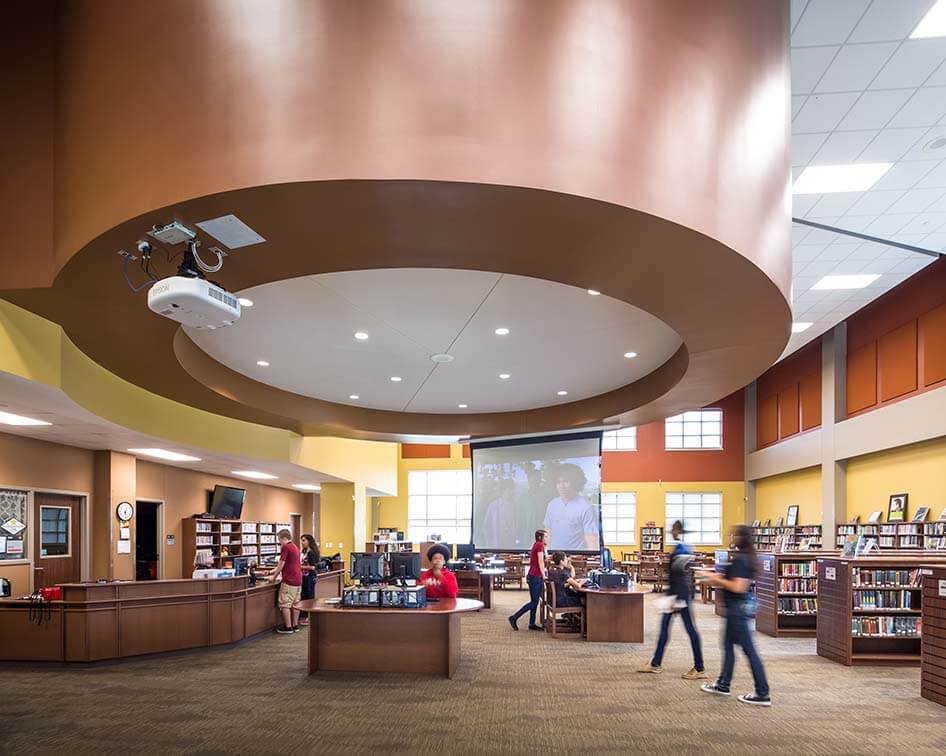 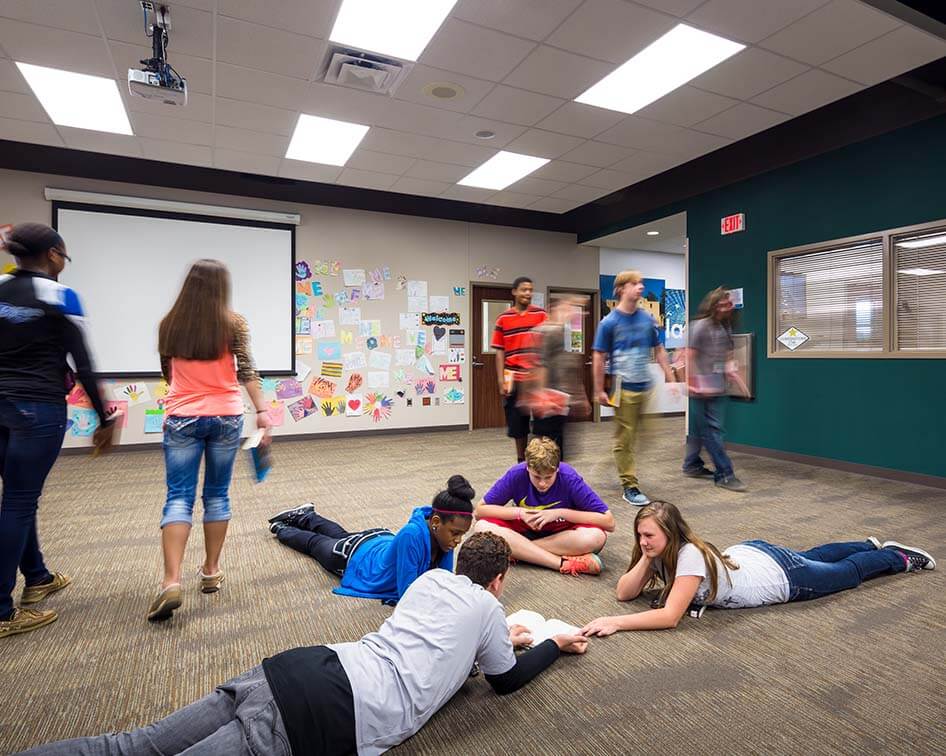 “The site of two landmark school buildings in the heart of the District was ideal, their condition was not. This school’s design is the result of a unique and highly-tailored response that fulfilled the District’s curricular needs and community expectations transforming the existing school into a state of the art teaching facility. Re-energizing the District, this project raised the expectations of their staff and students to expect more.”