The planning process of the La Vernia Performing Arts Center and Gymnasium was truly a community-wide effort starting with bond referendum planning where the voters supported and approved the inclusion of a state of the art auditorium facility large enough to seat 90% of the city’s population.

Voters wanted a facility that would put not only La Vernia ISD (LVISD), but also the City of La Vernia on the map. LVISD involved the community in the design phases of the project which produced the concept of combining the auditorium with the junior high school gymnasium to create a multi-use facility serving all levels of the District and community members.

The building design is innovative in that there is no back to the building. The main entry and street-side are equally appealing, and the ascending massing and variation of exterior materials used softens the visual impact of the building given the close proximity of the adjacent thoroughfare. 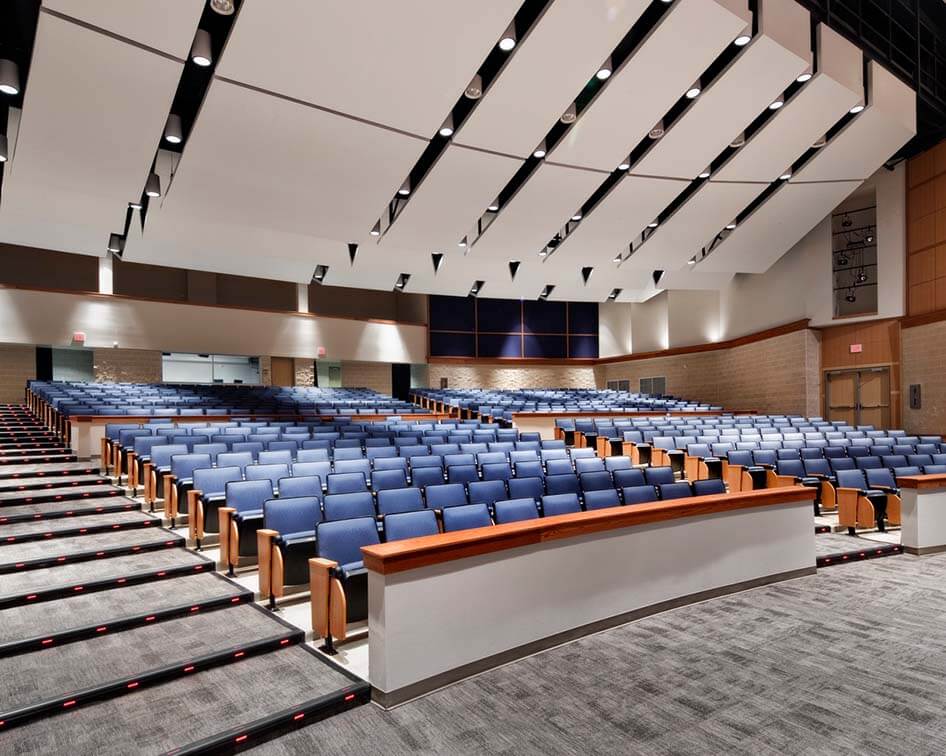 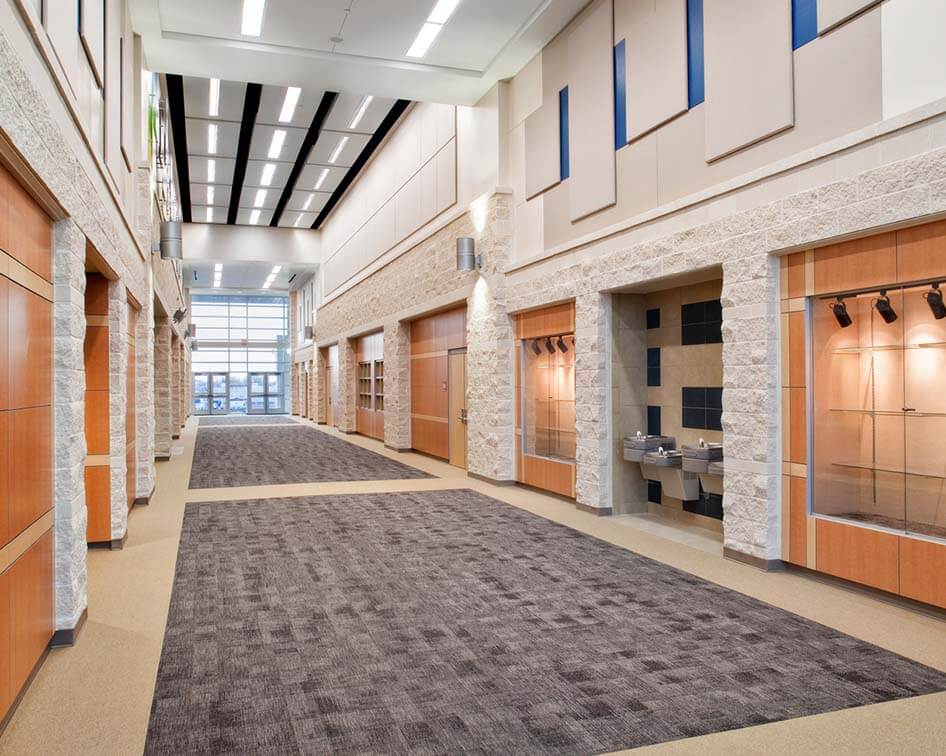 “The progressive vision of the District and community resulted in a 5A class facility in a 3A district that serves as a valuable resource for years to come.”