As a campus that has been in the Cypress-Fairbanks ISD for many years and has seen many additions and renovations, Berta Dean Middle School received its last addition due to the already crowded site.

In order to work with existing site constraints, the addition of 10 classrooms was designed to be on different sides of the exiting campus. This meant each classroom needed to be uniquely designed as no room was equally dimensioned. The square footage remained consistent but due to the existing exterior wall proximity to the non-parallel property line, classroom shapes ranged from square to rectangular as the property line angled closer to the building. The other three classroom additions fit snuggly between the existing building and the bus drop-off area. Other site improvements to the campus included changing the orientation of the football field and constructing a new press box and bleachers. 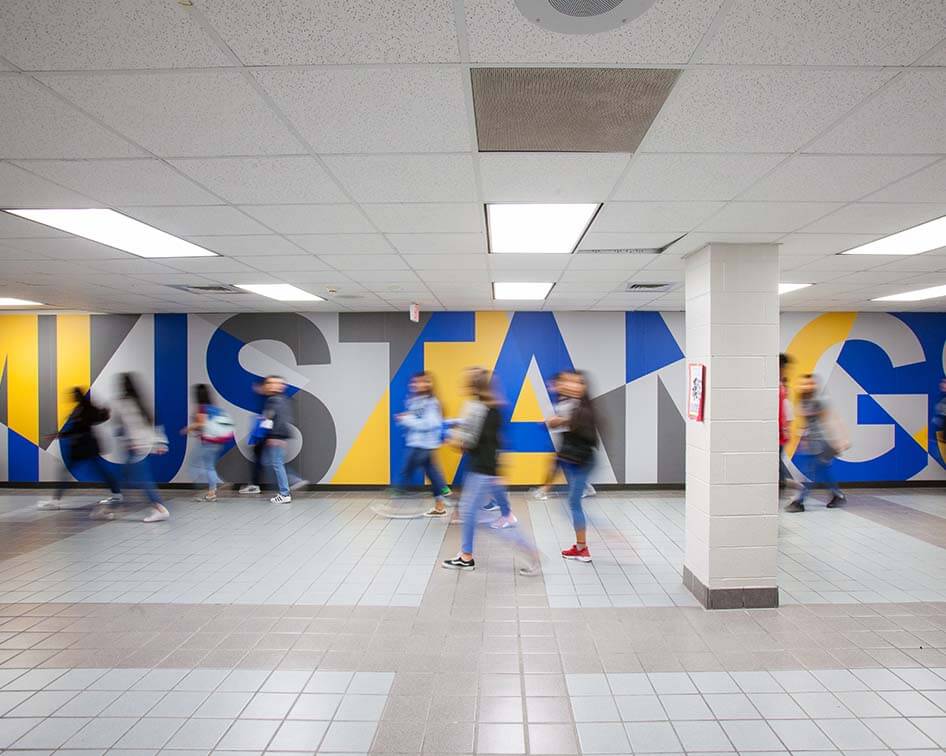 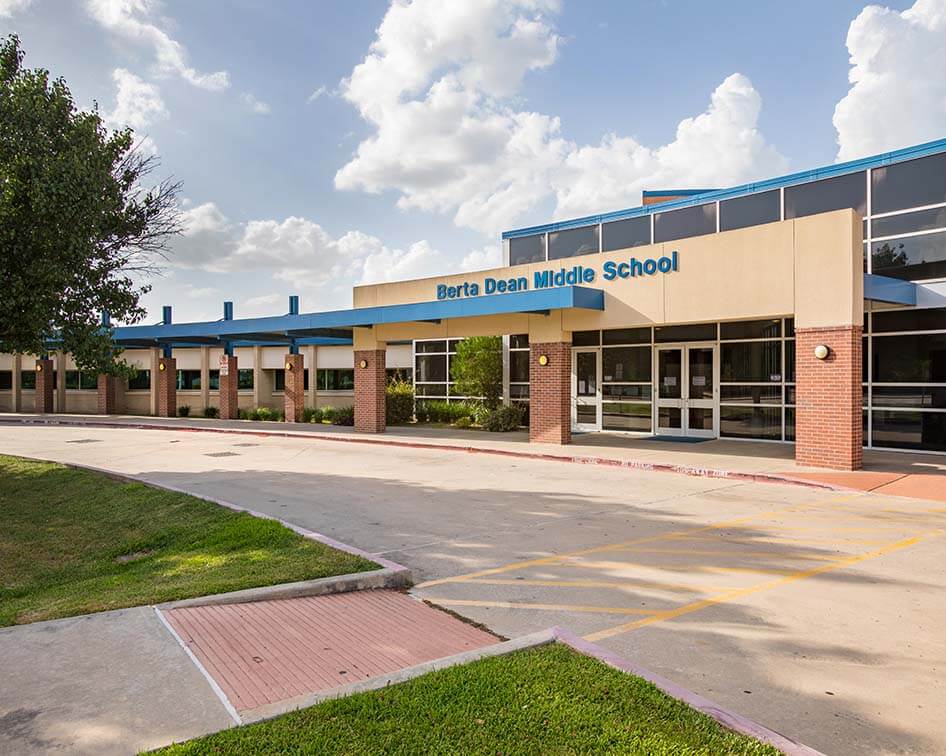 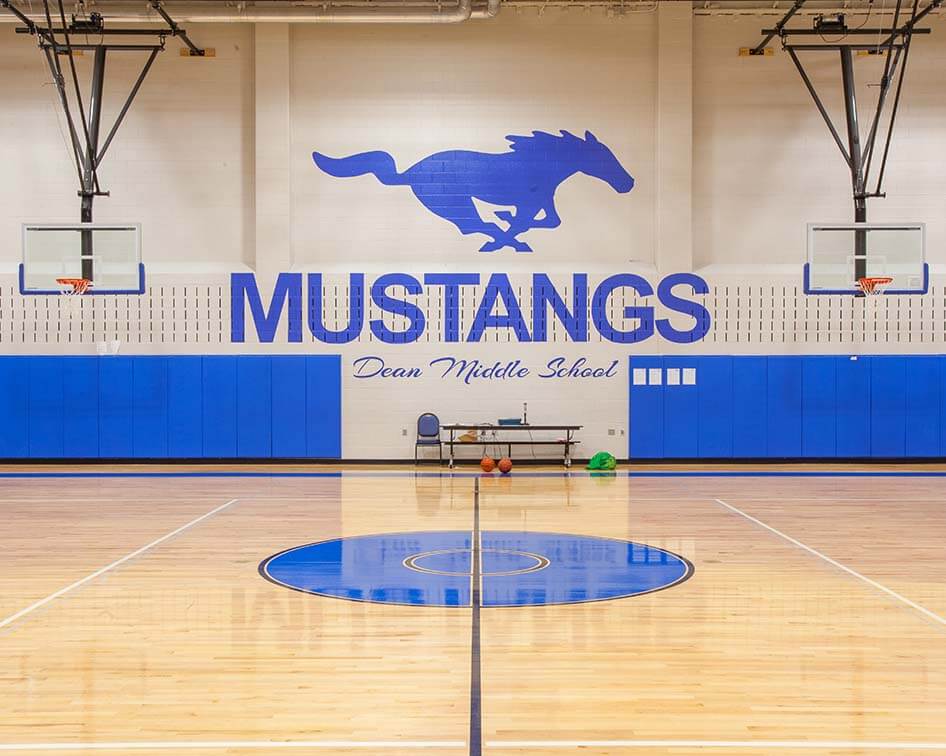 “The campus, which shares a site with Bane Elementary School, was in need of a properly sized competition gym and 13 new classrooms. The site constraints led the District to evaluate their middle school aquatics program which ultimately led to a solution of removing the natatorium and constructing the competition gym in its place.”